Alix wipes her tears with the tea towel,

The one that’s seen better years. It was

Gifted as a Christmas present by the in-laws

And their ten-year anniversary had come and gone.

Shades mute when pressed together, a salty taste really is sour.

The view out the kitchen window offered needed comfort.

A pick up sputs across pot-hole dust roads, it grunts

Heavily as it works to keep up with demand, a foot on the pedal,

Like whips on the back of a Clydesdale, whose days in retired

Green pasture, were never to transpire.

We say cousin Elsa died of a broken heart, because

It’s how we explain a sickness we can’t see, son.”

John came back from Princeton in the fall of ’79,

Left the middle of the third semester, back to

West Virginia in the colors of fall, it was not

Complete disenchantment to take over the farm after

“Son, I want you to know some of the sickest people

have to work everyday, until they don’t.”

His son focused hard on the time on the dash,

“If your eyes stare long enough, the tears seem

to absorb back inside,” he thought as he swallowed

and didn’t dare take a breath.

Nothing scares the shit out of you more than your father about to cry.

A spoken reply would have meant a certain detonation of tears,

It was the button to this time-bomb, to which explosion was his greatest fear.

Through each sunken pot-hole, their faces braver for town.

Rubber boots through muck and rain,

I spotted I was my true self again.

They grey mask the sky adopts,

Sweet darkness I invite you inside,

When it all catches up with you,

Withered looks of disappointment along with

Assumptions made on behalf

Slept with her clothes on,

Real man have no feeling,

But both when hit — bleeding,

Still no one clarifies it.

Leaves her listless on the couch

He had to go out and do

What he thinks she did

When we try to balance out the queue

We only further de-scale it.

The sound the machine makes

When all is  lost.

The hardline drone when the

Heart seizes to start it’s next

The glass that screams out as it

Fingers, desperate to grasp for

The warmth of your hand.

And I don’t know if these tears

Climax for me or for you; yet just

As well, my stomach dips as low

As peat bogs go, and I’ll withstand the

We own no guns, cuz with passion

No one ever really knows.

A mouse could have breathed

On the other side of the house and

I would have woke up.

Us breathing this time of year.

All these notes we digest and

Don’t show up on the drug test

As the one from Rudolph injects memories

About when I was small, in my pajamas, all

Cozy inside from the snow.

Anticipation is half the allure.

We all still try to get that same high when we

All still believed in magick.

I sip on my sugar infused latte and think

About the first white hair I plucked from

My head this morning. This head that is no

In the morning. We reach for them

Across the bed, only to feel cold sheets;

Evidence they are gone

And have been gone for some time.

Seem to hide away

The crumbs will stay on the counter

When they are away.

The feelings cough off

She’s cracked her heart up

Her yolks are bleeding

Into the next day.

He always gets his way.

The kitchens change, along with apartment names.

To his locked femininity.

Fingers tremble, there is no mending

Is it better to breathe and leave

Yourself fallow this fall?

In private rooms, where she

Convinces herself its gonna be okay.

It’s been old news, because,

She needs a different seed

Just to see another way.

She’ll close the blinds, no one can

Seem to hide away. 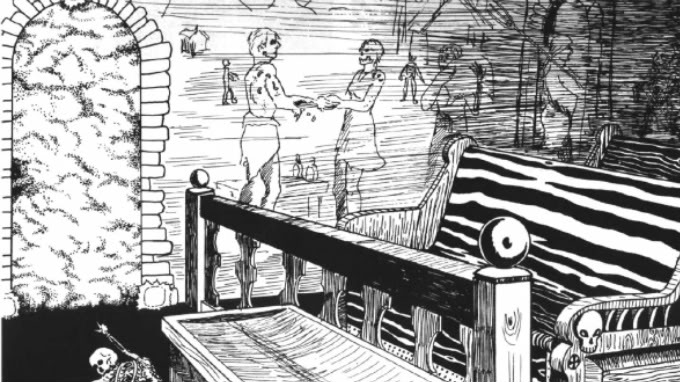 It followed you through seed and seed

Of gestation of mother to daughter,

The crows had planted it in wombs

A language learnt only to be put before aloof souls,

Where upon reaching town

The lost lover, at last found.

Those who escaped the plague alive,

Only to carry around a worse demise

The curse is all that remains yours,

It pulses pain through and through veins,

But you wont let it go; no, not this time,

This heart ache is all that is mine.

The curse shows up in me, each life, each time.

The eccentricities that lay dormant

Quiet on the inside,

Until they’re lured out.

The insecurities that paint

These legs have cracks

They’re all looking at your

And crumbling, bring your popcorn and

The day we are born

Freedom is lost, in

Is it good business, breeding babies?

And I wonder why it is,

That when my heart breaks;

When I no longer feel beautiful is

When the fragility of love is most evident?

Just when you think it is something

When we find out it is not,

(Because people are never truly bought)

Materials to make me new again.

When the cold hard things can no longer

In the broken cavity of ribs,

Carcass, or so how it seems,

In the festering filth that breeds

I’ll sit in my room, the throne of ‘false needs’

And wonder why I can’t seem to have anything.

Thoughts transpire to him

His body, unique to it’s own,

Never to wash off.

I am Lady Macbeth,

Can’t undo what is done.

I’ll keep this blood ’till it crusts.

And I prematurely despair,

As I enrapture the beauty of a bird

Fluttering, happily with the mysterious energy

Gifted to us at birth,

A Death before my Own,

And then he flies away

Leaving me to wonder

The losses we consume,

And in turn consume us.

A heart, devoured, never to resume.